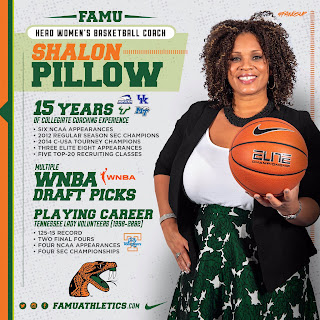 As expected, FAMU Athletics, yesterday, named Shalon Pillow as the new head women's basketball coach.  She will be formally introduced on Tuesday afternoon at 2 p.m. via a Zoom virtual press conference which will also be broadcast on Facebook Live.

Rattler Nation broke this story on Sunday.  Pillow spent the last six years at the Middle Tennessee State University as an assistant coach .  She takes over a program that has not had a winning season in five years.  Last year the Lady Ratters finished 6-12 and 4-12 in the MEAC.  Former coach Kevin Lynum's one-year contract was not renewed on April 22.

FAMU is expected to offer Pillow a two-year contract with a two-year renewable option.

Posted by da rattler at 8:51 AM No comments: 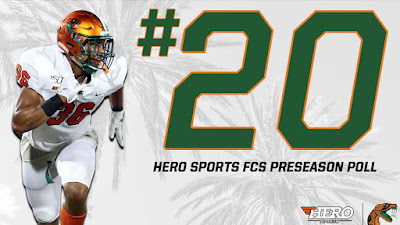 The FAMU Rattler football team, which went 9-2 last season, will begin the 2020 football season with a preseason ranking of number 20  in the Hero Sports FCS Football Poll.  The poll which was released Wednesday has FAMU just one spot behind Mid-Eastern Athletic Conference (MEAC) foe North Carolina A&T State (19th).

Barring no COVID delays, FAMU will kick off the 2020 football season on Saturday, September 6, in a revived Orange Blossom Classic, at Hard Rock Stadium in Miami Gardens, FL.
Posted by da rattler at 8:56 AM No comments: 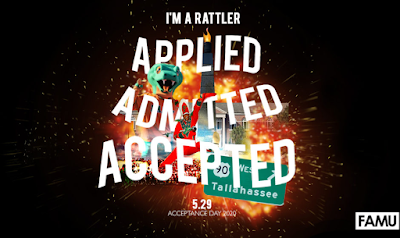 FAMU will host its first-ever Accepted Students Day on Friday, May 29, to welcome recently admitted ---of the Class of 2024-- students and their families to “The Hill”.  While the COVID-19 pandemic has forced this first-ever event online, the FAMU faculty, staff, and students still expect to give newly admitted students the best true Rattler welcome they can to ensure them that they made the right choice.
FAMU hopes this virtual experience will provided students and families with the tools to finalize their decision to attend to the University.
“It is always exciting to enter Florida A&M University,” said President Larry Robinson, Ph.D., who will be among those welcoming the new students. “We want our incoming students to know that their choice of FAMU will have immediate positive impacts and provide a solid foundation for their future success. At FAMU, “Excellence with Caring,” has real meaning.”
“We understand that talented students can attend any school,” said William Hudson, Jr.,
Read more »
Posted by da rattler at 1:11 AM No comments: 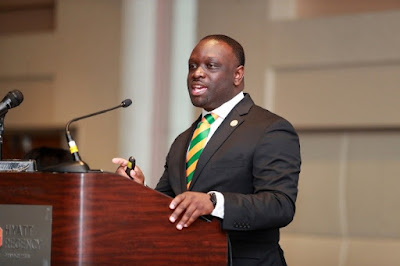 FAMU athletic director Kortne Gosha has hit the ground running since taking the helm of Rattler athletics on December 3rd.  His energy level, gift for gab, and ability to articulate a vision is infectious.  He certainly provides a sharp contrast to his predecessor.

However, in his excitement, we’ve noticed, that Gosha is prone to exaggerate and inaccurately portray elements of his past work experiences.  In fact, he seems to claim a hand in successes that he had nothing to do with.  While speaking on a video podcast with the Black College Sports Network on Tuesday, May 19, Gosha implied (at 43:41 in) that “in his short time at the University of Miami he built the $34 million Carol Soffer Indoor Practice (football) Facility.”

A few quick google clicks, revealed that the University of Miami broke ground on the Soffer IPF in August 2017 and held its first practice in the facility in August 2018.  UM formerly dedicated the building on October 11, 2018, ten days before Gosha began work at UM.

Earlier this year, on the Sean Pittman Radio Show, Gosha suggested that he played a role in helping to construct the $47 million football stadium expansion at Jacksonville State University.

Gosha, told Pittman (at 3:38 secs in), “as an undergrad (at Jacksonville State) I was director of football operations, and I graduated and literally my first job was a $47 million stadium project.”

According to news reports, and JSU’s athletic webpage, the stadium construction project was started in 2008 and completed in time for the start of the 2010 football season.   Gosha, was an undergrad political science major during this time and did not graduate until 2011.

Sources with intimate knowledge of the stadium project at Jacksonville State said, “It didn't happen.  Really, who puts an undergrad (political science major) in charge of a major construction project?”

Gosha’s gross exaggerations are again repeated in his bio on FAMUAthletics.com 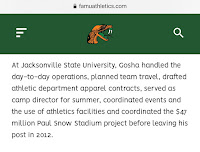 Clearly, there was a breakdown in the university's background checking and vetting process.

Prior to coming to FAMU, he spent the previous year as the associate athletic director for Facilities and Operations at the University of Miami. In this role, he took care of day-to-day facility and event operations, grounds, custodial, information technology, access control, and capital projects.

In his first six months on the job, Gosha appears to be saying all the right things, and getting things done, which has made him popular among the Rattler faithful.  However, given his propensity to overstate and misrepresent the truth, it kind of makes you wonder what else he is inaccurately portraying.
Posted by da rattler at 12:00 AM No comments: 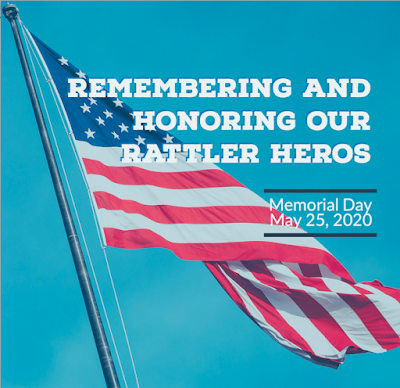 The History of Memorial Day
At the close of the Civil War, freed slaves honored fallen Union Soldiers by decorating their graves with flowers in a celebration then known as “Decoration Day”. Decoration Day evolved into what we now know as Memorial Day.  Memorial Day officially became a federal holiday in 1971.
Posted by da rattler at 7:53 AM No comments: 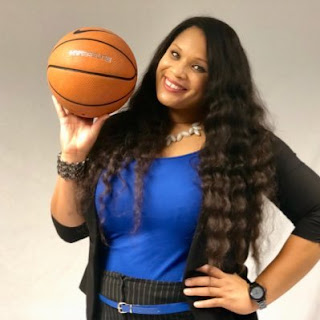 FAMU officials are expected to introduce Middle Tennessee State University assistant basketball coach Shalon Pillow, as the next head women's basketball coach, in the near future.  Pillow, a native of Addyston, OH,  has been on the MTSU staff for six years and has been instrumental in helping to lead the Blue Raiders to five straight postseason appearances.

Prior to joining MTSU’s staff, Pillow spent five years at the University of Kentucky where she helped lead the team to five NCAA Tournament appearances and three Elite Eight appearances.

Pillow also spent one season as an assistant coach at Hofstra University in Long Island, N.Y., and three seasons at the University of South Florida in Tampa, Fla.

The 6-foot-3 Pillows, player her college ball at the University of Tennessee (1998-2002) where she played center, and was a four-year letter winner (under legendary coach Pat Summitt. She played in 108 career games and helped the Lady Vols advance to four NCAA Tournaments, including two Final Four appearances. She graduated from UT in 2002 with a bachelor’s degree in general psychology and a minor in communications.

Following graduation, she played for the Tennessee Fury of the National Women’s Basketball League during its inaugural season, and appeared in 20 games. 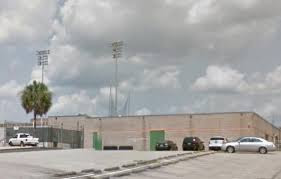 With renovations to the FAMU football locker room currently underway, FAMU AD Kortne Gosha told the Black College Sports Network (BCSN), Tuesday, that those improvements are only phase one of a three phase plan.

“Phase 1 is the football operations complex (the fieldhouse) --- football coach’s offices, football locker room, etc… Phase 2 is a major renovation of Bragg Memorial Stadium and a potential expansion of the football fieldhouse.  Phase 3, which is really a long-term goal, is a new stadium,” Gosha said.

The locker room renovation, will see the addition of new lockers, new finishes and graphics, and new carpet is the first major upgrade to the fieldhouse in more than 37-years.

No word yet on the expected cost of the renovations, or how the cash-strapped athletic department is paying for the upgrades.  However, almost simultaneously, the department launched an “All In” fundraising campaign it hopes will raise $750,000 for several expected upgrades.  So far, $100,000 has been raised.

It’s unusual for a program to start construction/renovations projects without first having the money in the bank.

“One of the things that really gets people engaged is for them to see the vision become a reality,” Gosha told BCSN. “So, anyone who wants to help us reach our goal, donate to the Rattler Athletic Fund.”

“If we really want to have a national championship caliber program, which we do, we have a great coach, we have great student athletes not only on the competition surface, but also in the classroom… Then it takes resources,”an excited Gosha added.

Facilities improvements are a key component in Coach Willie Simmons' plans to turn the Rattler football program in to one of the elite FBS programs in the country.

Posted by da rattler at 1:14 AM No comments: 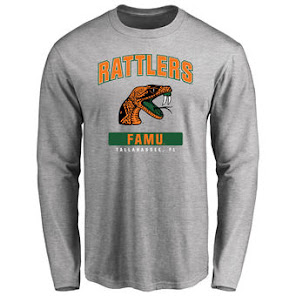